Located at 313 Park Ave., the seven-story CCA CBD Detroit overlooks Grand Circus Park, revitalizing the vacant urban infill site that was once home to the historic Statler Motel. BKV Group designed the single building with the appearance of multiple structures for both visual appeal and scale that respects the surrounding cityscape. The street-facing façade features a neutral color palette of white, black and wood tones, while the interior courtyard showcases the bold mix of colors and patterns commonly associated with the City Club Apartments brand. The concave front of the building facing Grand Circus Park mimics the curve of the streets that form the park’s perimeter.

The first new-construction, mixed-use high-rise built in the central business district in nearly 30 years, CCA CBD Detroit also includes a retail component, which the design team from BKV Group situated adjacent to the park, taking advantage of the views for outdoor dining and connection to the community. Tenants include The Statler Bistro, the city’s first indoor/outdoor casual French dining destination, which faces Grand Circus Park, and Premier Pet Supply in the retail space along Washington Ave. 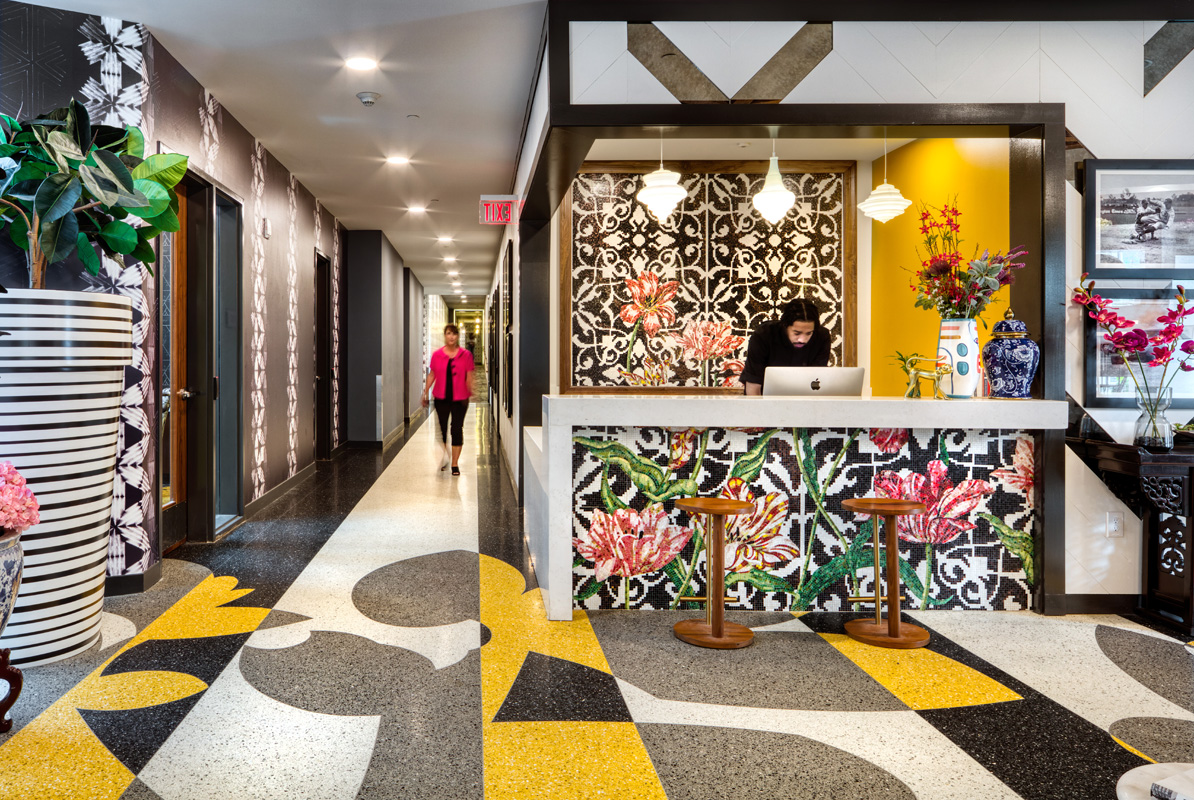 “This site is one of the most prominent in downtown Detroit, and one of the developer’s imperatives was that the new building be designed with sensitivity and respect to its significant role in Detroit’s past history and present revitalization. The creative approach we took with the exterior of the building, designing it to serve the dual goals of fitting into the surroundings and adhering to the bold and attention-grabbing look of the City Club brand, is one of the reasons we’ve had such a long partnership with City Club Apartments.” 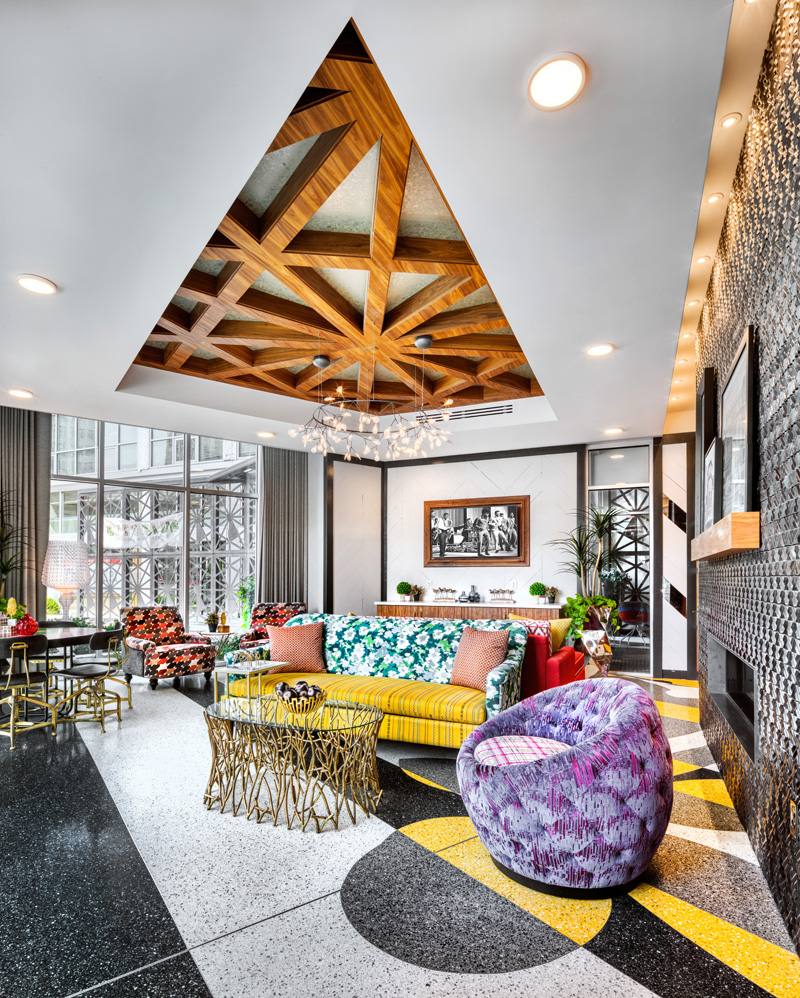 For CCA Lafayette Park, BKV Group served as the interior designer for the renovation project, which significantly updated a 1970s-era multifamily community – formerly known as Elmwood Park Plaza – located at 750 Chene, approximately a mile from the city center. The interiors work included upgrading existing units, which include four standard and four penthouse plans, each with one bedroom and finishes based on apartment type. Improvements include new flooring, paint and lighting, as well as updated kitchens and baths. Select residences offer movable kitchen islands, glass tile backsplashes and granite countertops in kitchens, as well as private balconies.

The renovation also included enhancements to the building’s facade, which now features tree-inspired greenery that serves as an extension of the landscaped Terrace Club below. McIntosh Poris Associates of Birmingham, Mich., architect of record for the project, designed the new exterior and outdoor amenity space, respectively. The structure was originally designed by Carl Koch, known for his “Techcrete” building system, as one of the first mixed-use developments in Michigan. 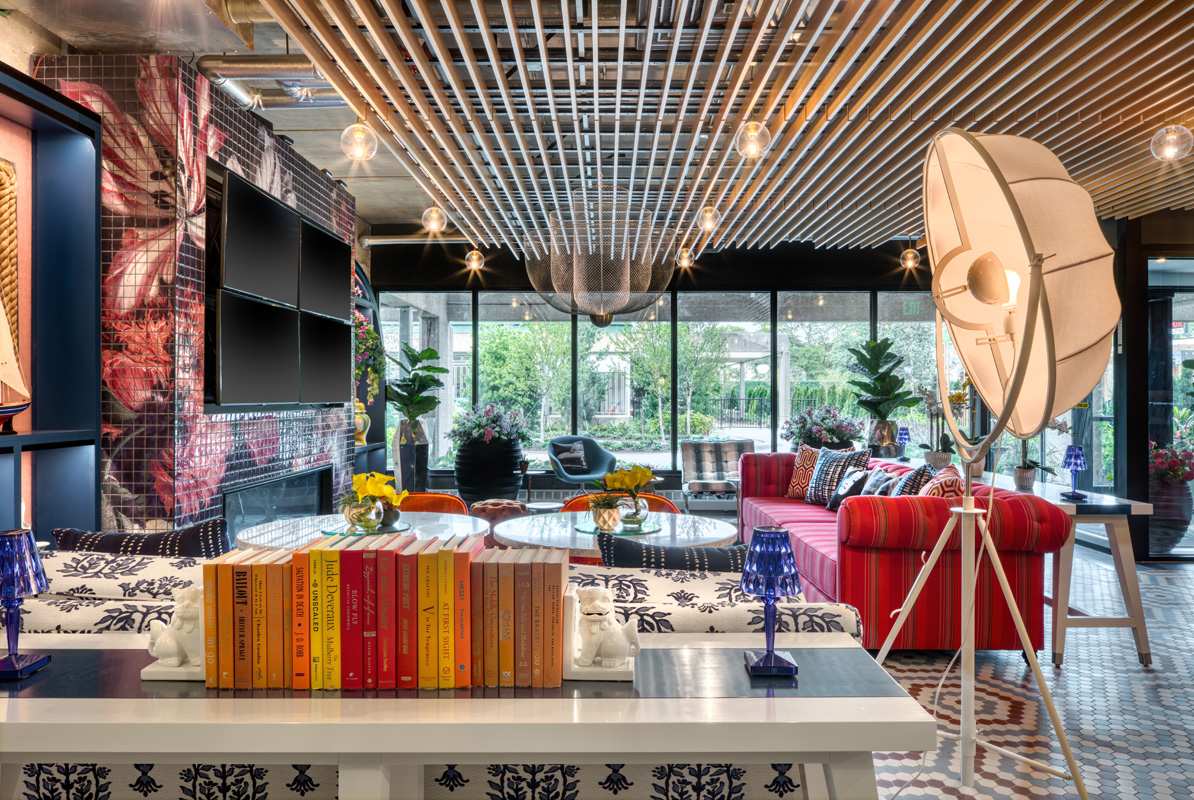 “As a building conceived in the brutalist style popular during the era in which it was designed, the existing interiors were kind of like a blank slate with minimal detail and less defined common areas. Our team infused the space with the City Club aesthetic, incorporating its striking colors, bold patterns, textural layering, curated artwork and eclectic furnishings into a reimagined amenity program. By incorporating lush greenery throughout, the interiors share the intention of the verdant exterior, which was meant to bring new life to this corner of the neighborhood.” 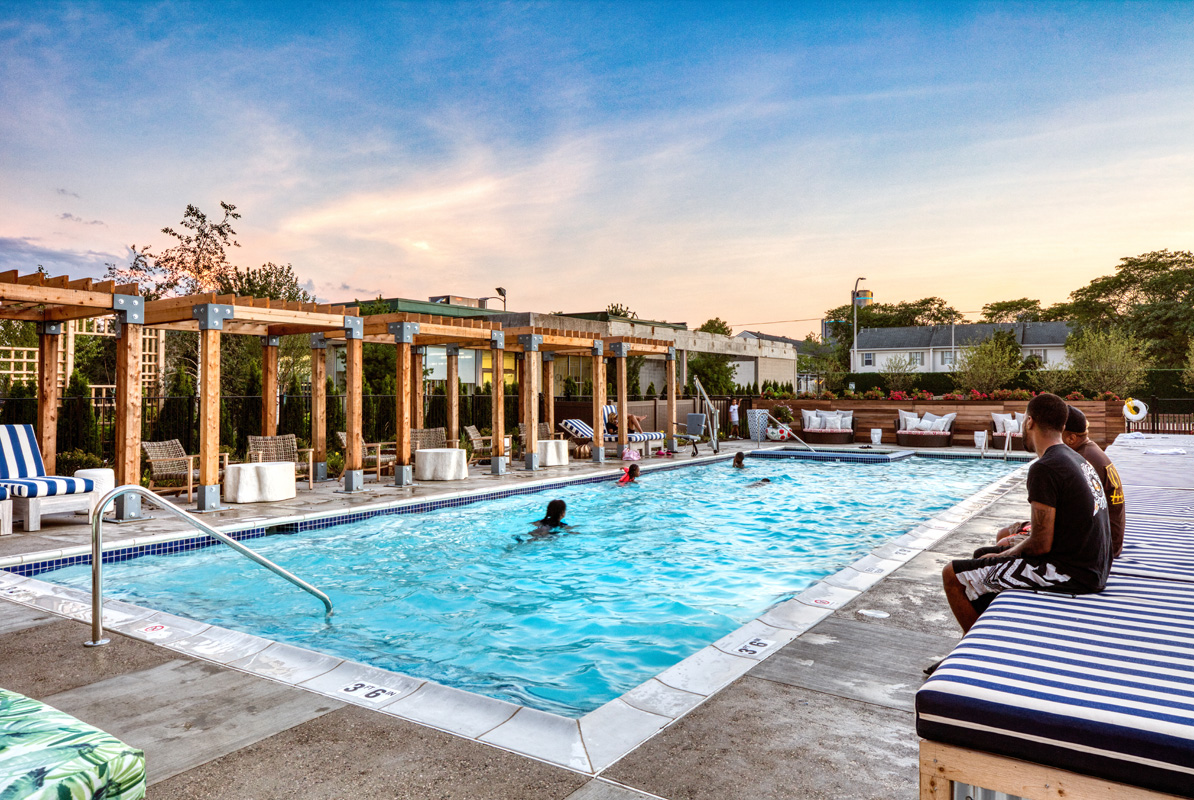 CCA CBD Detroit and CCA Lafayette Park are the second and third Detroit projects, respectively, that BKV Group has designed on behalf of City Club Apartments and the most recent of the approximately 20 communities the firm has designed for the developer over the past two decades. Our firm is currently working on other new projects for City Club in Cleveland, Cincinnati and Chicago, in addition to CCA Midtown in Detroit.