Across University Avenue from the City of Fridley’s Community Park, and directly west of the wooded trails of Locke Park and Rice Creek, stands the recently completed Fridley Civic Campus. This municipal improvement project features a new City Hall / Public Safety facility and Public Works facility, organized around a central water feature and shared plaza. The civic campus is a central feature in a larger project, currently called the Columbia Arena Redevelopment, which will include new patio homes, urban scale multifamily, and a senior living development.

The building’s design responds to its urban and natural surroundings with a palate of materials that are both elemental and durable. Stone, brick, metal, wood, and glass create forms that emerge solid and straight, defining the building volumes on the site’s north and west boundaries. These forms are positioned to engage with the public water feature and provide views of the wooded landscape beyond to the south and east.

The City Hall includes administrative offices, public service counters with adjacent breakout conference rooms, community-use space, and a showpiece council chambers. All staff spaces are located on the first floor to improve collaboration. The public official spaces and council chambers are on the second floor.

The police facility is located across the lobby from the City Hall. A separate public lobby, Records, police administration, investigations, and patrol spaces are all located on the first floor. The lower level contains a squad garage, a small holding facility with attached vehicle sallyport, evidence processing and storage area, and a five -lane firing range. On the second floor, an EOC/training room and fitness room are accessible for employees.

The fire station has administrative offices on the first floor and bunk rooms, a kitchen, and a dayroom for duty crews on the second floor. A fire pole provides direct access to the apparatus bays. There are dual three-bay drive-through apparatus rooms. In between these bays is the watch room and other apparatus bay support spaces. Above the support functions is a large room for mazes and props to provide on-site training opportunities.

With a Construction Manager at Risk process, Value Engineering occurred throughout the design phases, with suggestions from the CM being implemented by the design team and questions about relative costs from the design team being studied by the CM. Successful value-driven decisions included balancing one- and two-story massing to best avoid expensive foundations in the terrible soils, optimizing the elevation of the police squad garage below the City Hall to reduce the impact of a high water table, selecting the specific walls in the fire station to construct of precast vs. concrete block, and planning duct routing to minimize transitions but maximize ceiling height.

The public engagement process had been ongoing long before BKV Group was brought into the project, with a previously approved building program and a site master plan developed through a series of public design charrettes. Unfortunately, neither document was prepared by municipal architecture specialists and there were major modifications necessary. Acting in a very transparent and data-driven way, BKV Group documented the actual space needs for each department now and in the future and compared them to the spaces of similar communities in the immediate area to give the public reassurance that the space requests were appropriate and in line with local standards. This careful process was scrutinized and questioned by the citizens who were rightly concerned by the increases proposed, but accepted when no holes in the logic could be found. Similarly, the master plan did not locate the fire station appropriately showed the City Hall entrance hidden from the major roadways. BKV Group worked with the owner to distill the master plan to it’s essential elements and reconstructed it with proper site flows. At public meetings, the design team explained the reasons for the adjustments to the master plan and how it retained the spirit of the original, and it was widely accepted. 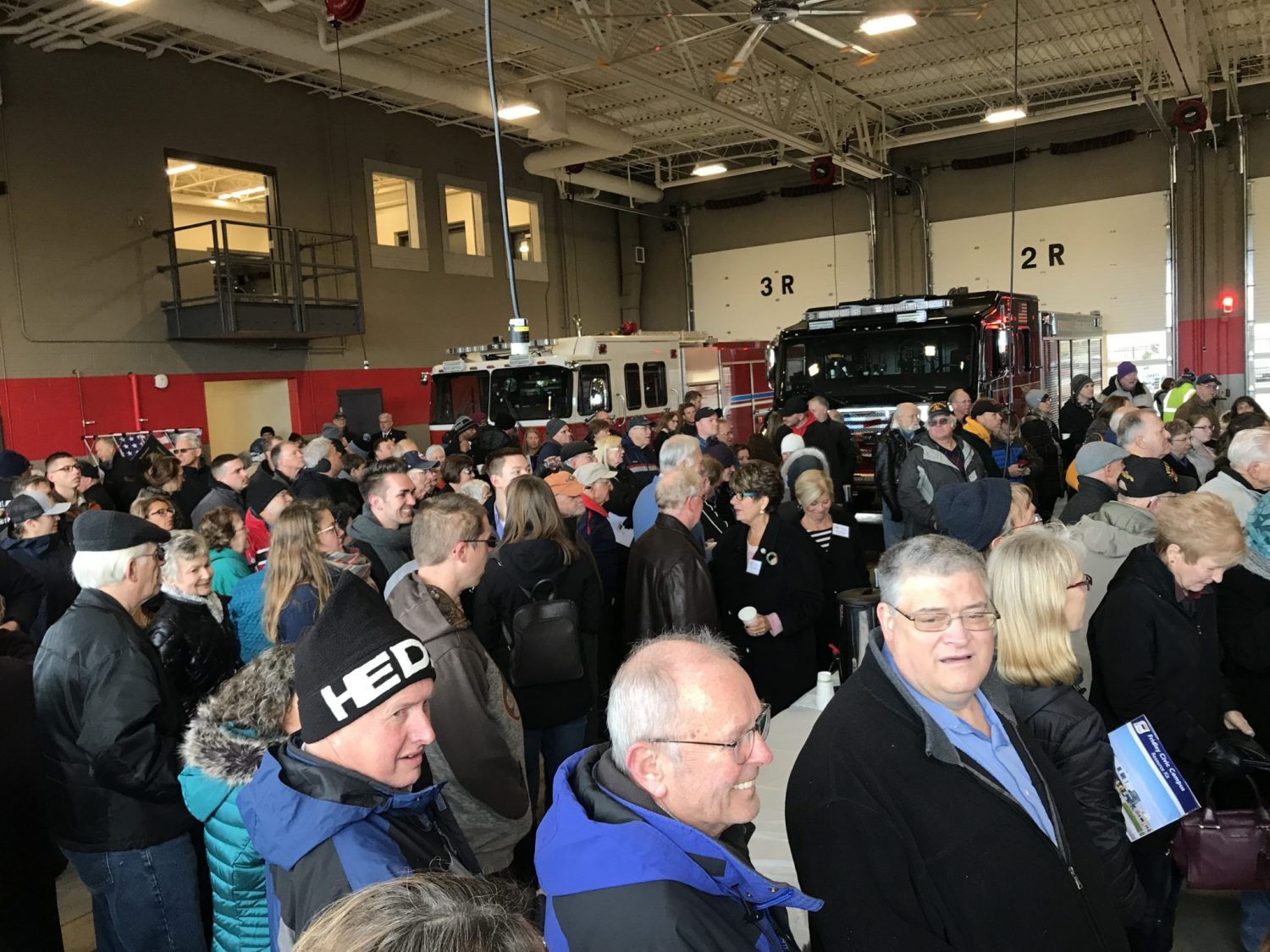 “Our Public Safety, Police and Fire Departments, we all do things so differently. [BKV Group] did a nice job of listening to us and laying out the buildings that work for our process, for Fridley. We didn’t want to come into the building and start making capital improvements in 3 years. We wanted to live in this and get it right for 50 years and be proud of it and I think we got that done.” 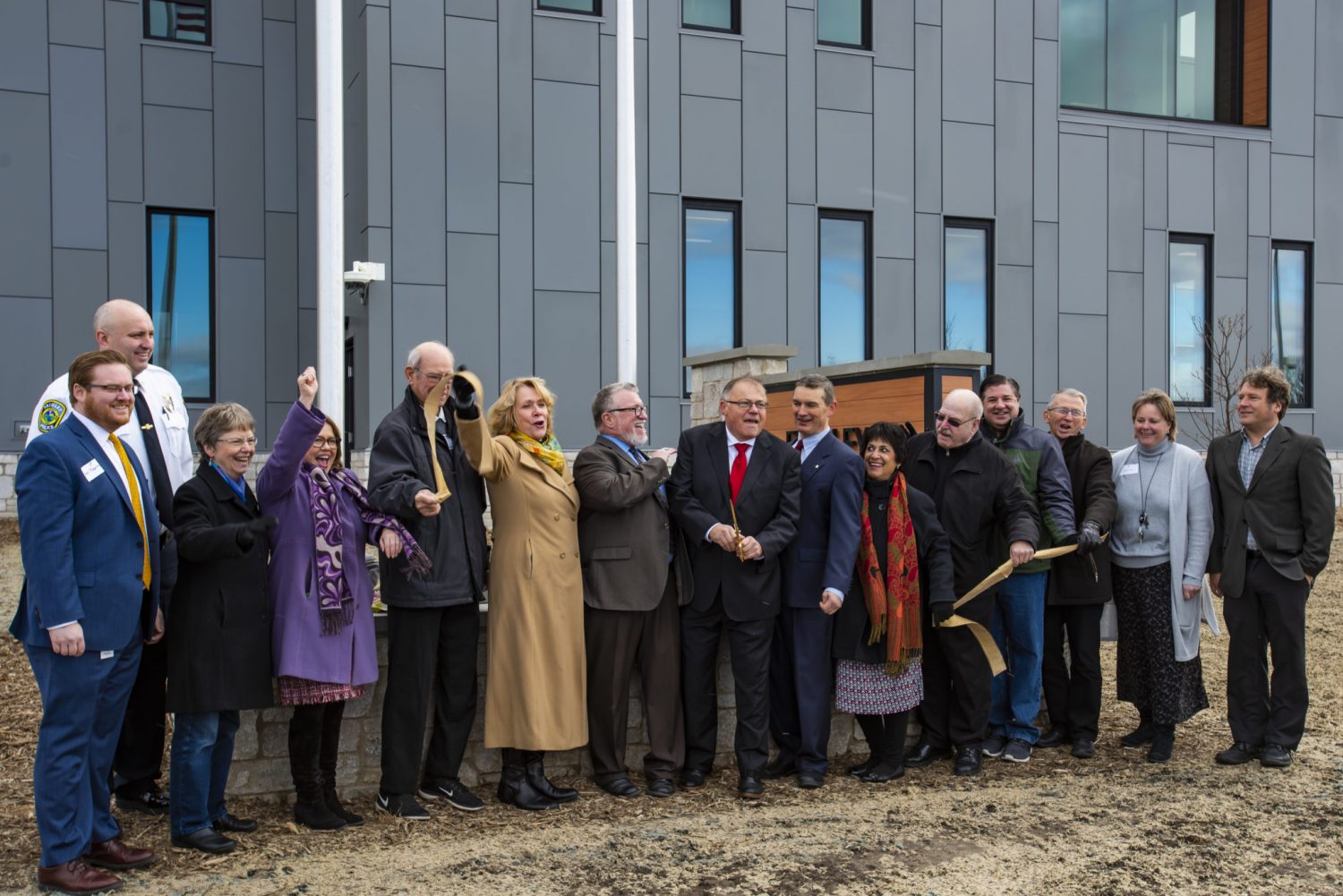 FROM THE CLIENT PERSPECTIVE

A two-phase project which added a new public safety wing on the west, and a renovated city hall wing on the east.

A light-filled service corridor, combining city services into one facility and allowing a single point of service approach for citizens.