United Bankers’ Bank sought a new home that would fuse their corporate culture with their roots of serving the community banking industry. The decision was made to renovate their two existing floors of office space and take over a third floor at their current location.

With the client and existing building core and shell as givens, the design team took the charge to transform a typical 1980’s office building into a space that would reinvigorate staff, speak to the client’s straight forward roots and community banking clientele, and facilitate communication, workflow and innovation.

Inspiration was garnered from the 360 degree views enjoyed by the bank in their position on the top three floors of the building.  Bringing daylight in and creating views to the exterior for all staff was a key concern for both design team and client. Although corporate culture did maintain the need for offices on the perimeter, expansive glass office facades brought natural light and a connection to the outside to the open office workspace. Due to the symmetry of the floor plate and building core, users often found orientation within the space to be a challenge. Strong, substantial stone, shiny glass, warm cherry and striking plaster walls were arranged as architectural landmarks within the space that would both soften the building core and help users identify their location within the building.

An office transformation to improve wayfinding and facilitate workflow and innovation 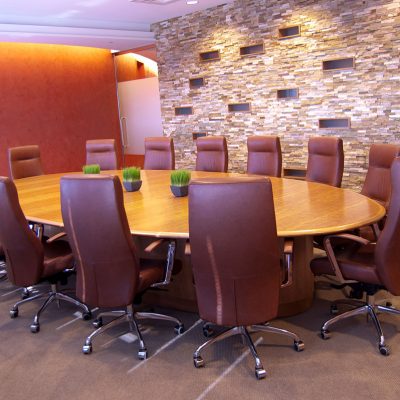 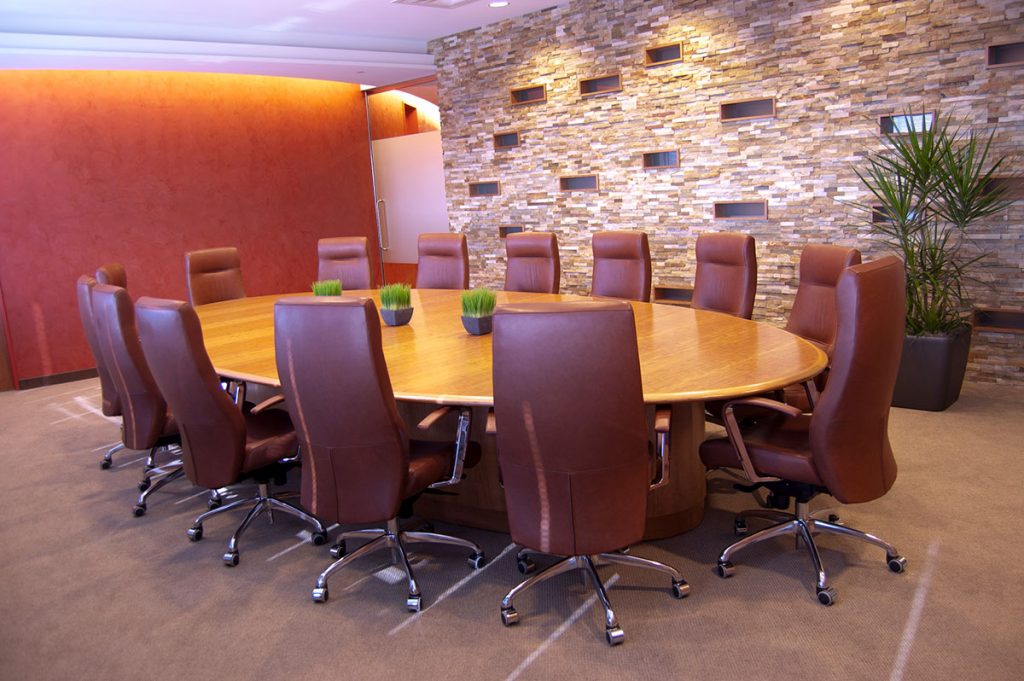 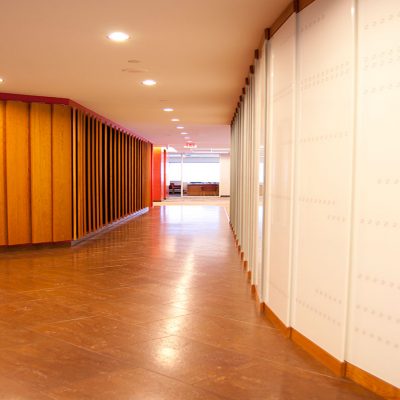 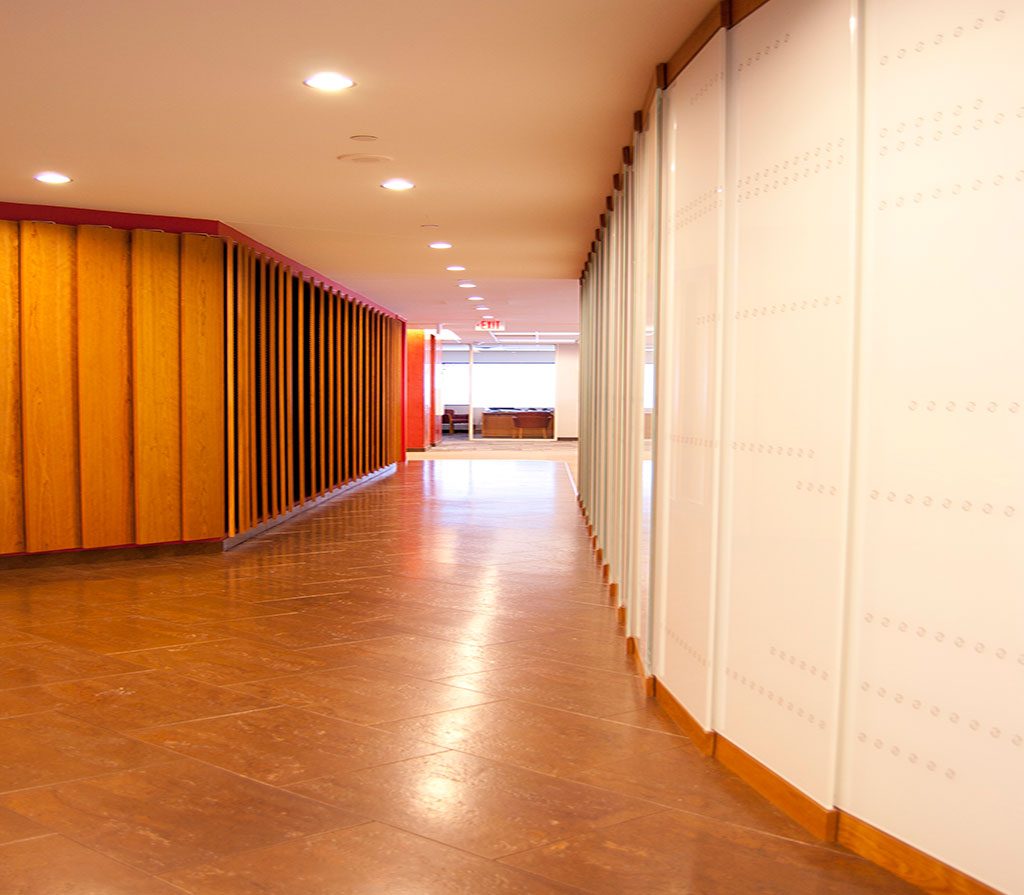 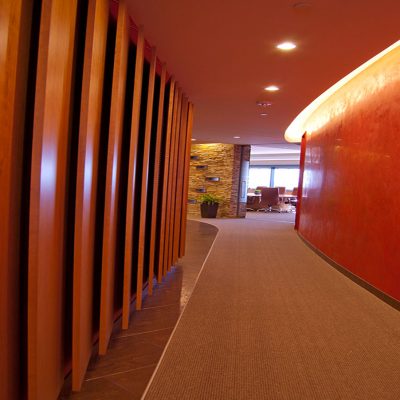 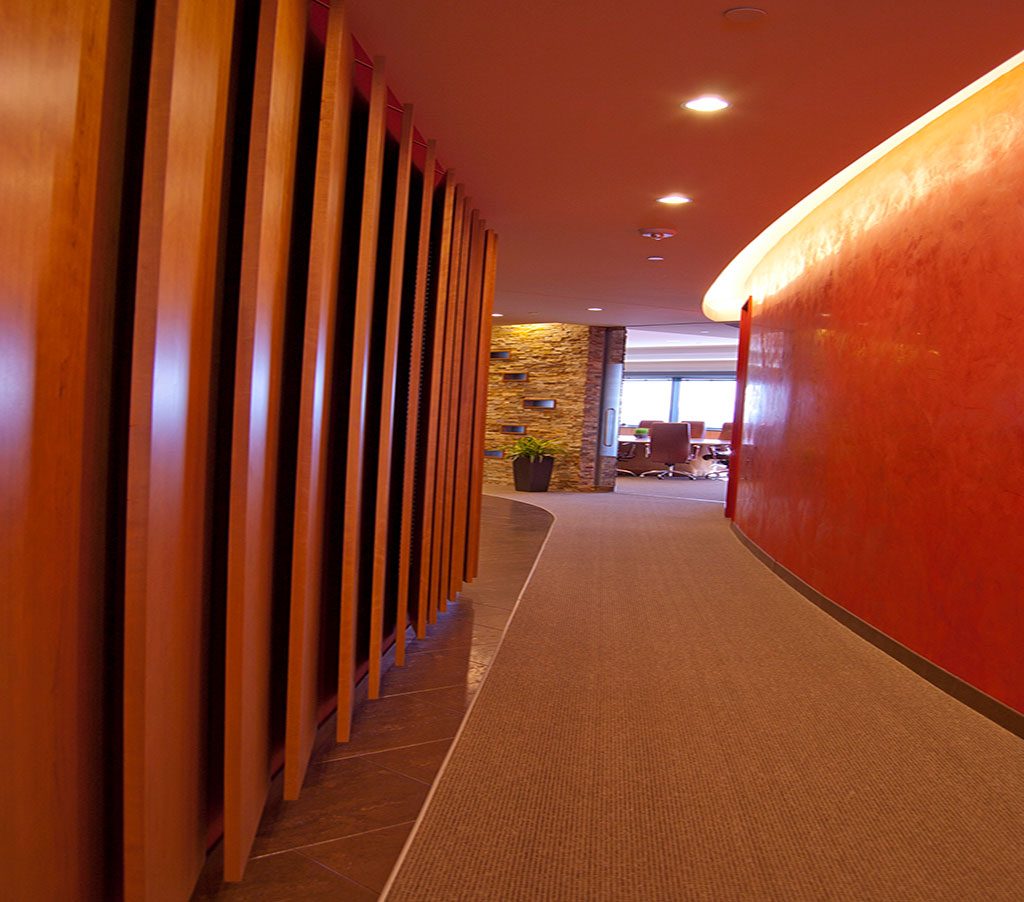 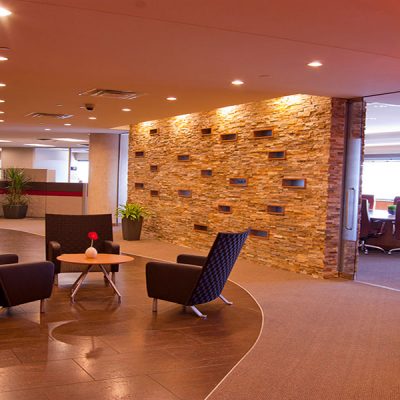 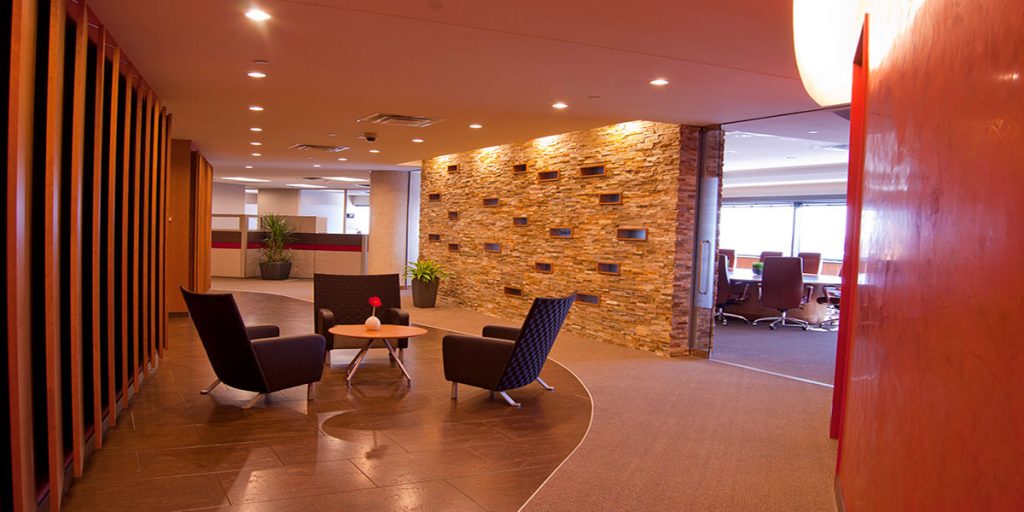 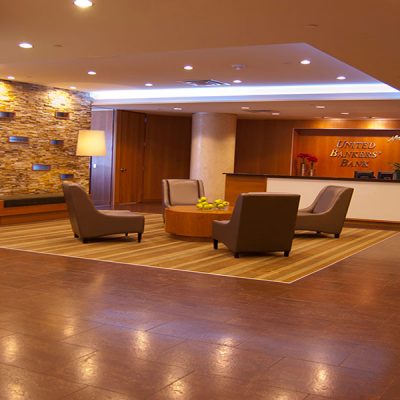 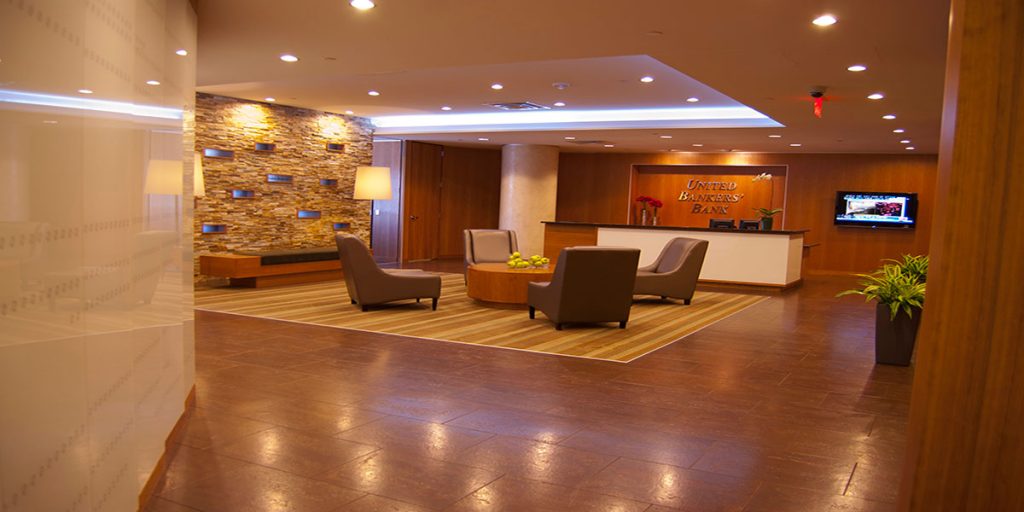 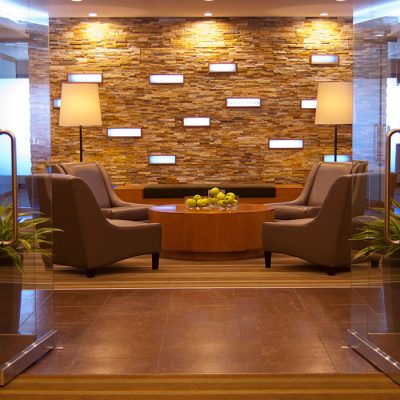 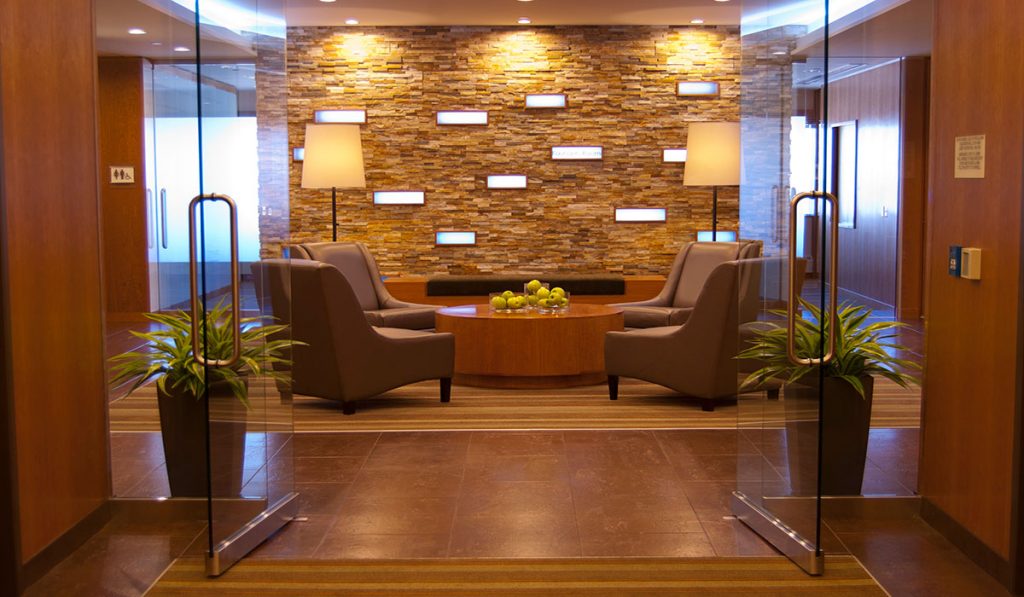