BKV Group performed an existing condition analysis of five buildings and the grounds and conducted interviews with key staff to determine what types of maintenance were performed in-house vs. contracted out. Based upon the mileage of roadways, trails, storm sewers, etc; the area of public land maintained; the number of heavy, medium, and light vehicles in the fleet; and similar measures, the team projected overall space needs for storage, shops, and personnel.

BKV Group also led the client on tours of nearby public works facilities to explore options for vehicle flow on site, experience proximity relationships among administration, utilities, parks, and fleet maintenance spaces, and to solicit information about what parts of the facility work well and what could be improved. BKV Group also compiled a spreadsheet of information from nearby communities of similar size to ensure the proposed facility was appropriately sized.

After reviewing several potential site arrangements and the implications each would have on schedule, budget, functional vehicle movements, and the resale value of the unused portions of the properties, BKV Group recommended an option that retains some of the existing buildings for cold storage, avoids existing wetlands, and organizes the more frequently accessed portions of the facility into a highly functional new building, leaving 18 acres for future industrial development.

A comprehensive study of projected space needs for city storage, shops, and personnel 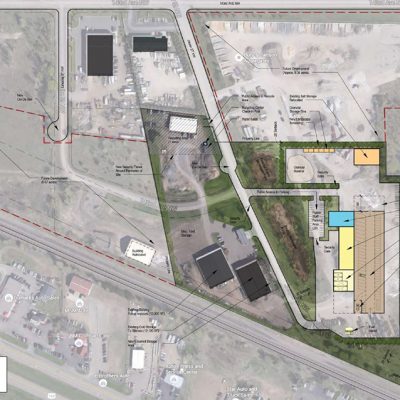 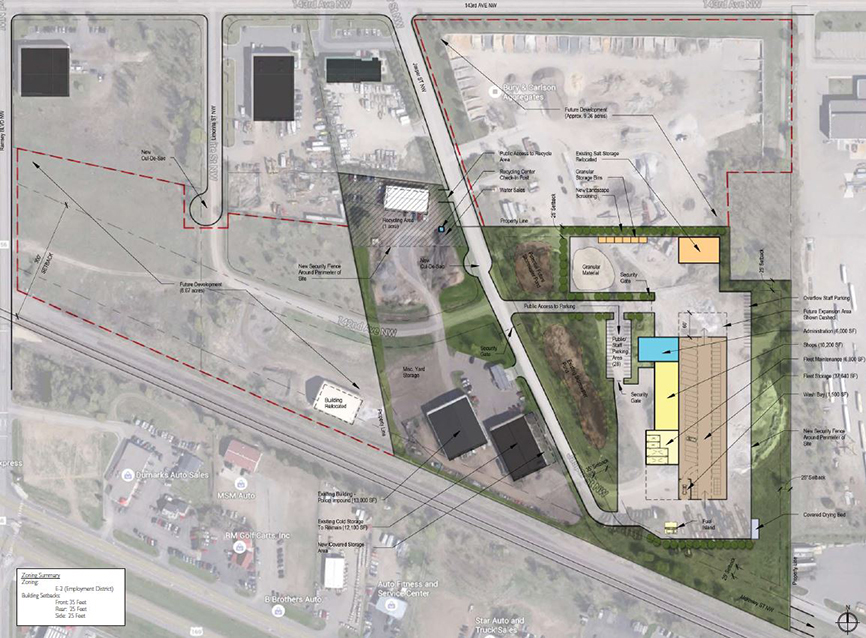