For over a decade, Aitkin County has been examining options to address department space deficiencies and poor circulation/wayfinding that lacks convenient and clear community service. Security had become a paramount concern, so BKV Group was hired to assist the county with some primary planning concerns including building security, improved wayfinding, department space planning and the impact of an addition onto the historic courthouse.

Over a period of three months, the planning team worked with the county’s executive committee in developing data and options to address these issues. Previous spaces programs were reviewed as a starting point and new, more efficient planning options were employed to improve department operations and maximize space efficiency. Security approaches were identified such as lobby screening, duress alarm locations, increased CCTV coverage, use of ballistic barriers and improved circulation zones.

A series of concept options were developed along with advantages and disadvantages for each. A preliminary implementation schedule was identified along with probable project cost, including construction and soft cost. The projected costs were reviewed with the County’s bond advisor and tax impact analysis was completed. The final results of the study provided the county departments, executive committee and entire county board with an understanding of the issues and a clear course of action. 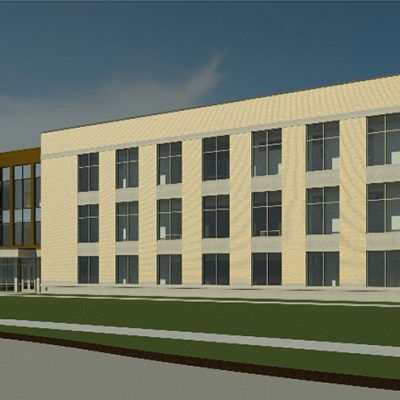